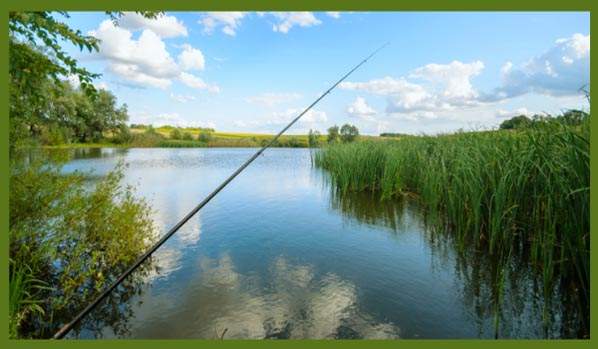 The vast majority of anglers do not own a boat to help them reach the best fishing grounds on a lake or river, but still, hope to catch fish from the bank. Bank fishermen have long dreamed of having fish finders, but until recently this was just a fantasy.

Over the past few years, however, castable fish finders have gained a lot of traction as a viable alternative to traditional fish finders that can only be used by boaters. Despite this, many anglers still don’t know that fish finders can be used from shore.

Is it possible to use a fish finder from shore?

And even though castable fish finders are best suited to bank fishing, they can also perform well when used from boats or jetties, or even for ice fishing.

What kind of fish finders can you use for shore fishing?

Fishing from shore requires a different type of fish finder than is traditionally used for fishing. The majority of electronics used for fish finding are designed to be attached to a boat’s transom.

Bank fishing, however, requires a transducer that can be cast by an angler from shore. Most castable transducers can be readily thrown up to 60 or 70 feet from shore, which is plenty far for most fishing tactics.

How does a castable fish finder work?

Essentially, a fish finder works by using sonar waves to locate fish. When the waves descend in the water, they spread out in a cone that becomes wider and wider. When they encounter weeds, rocks, the bottom, or fish, they are thrown back to the transducer and are interpreted into electronic signals that are then converted into visual information on a screen.

A castable fish finder performs the exact same task as a regular fish finder, but it comes with a transducer that can be cast out, and that floats on the water surface. Their size makes them small enough for them to be cast easily from shore, although this also limits their sonar power a little.

So unlike traditional fish finders mounted on a boat, a castable fish finder will not provide the same level of signal resolution (meaning you’ll see less detail). Nevertheless, you still get a fish finder that is more versatile, much smaller, and that can be cast while costing significantly less.

How to use a castable fish finder

Start by downloading the app that communicates with the transducer onto your tablet or smartphone. Then use your rod to cast out the floating transducer (shaped like a round ball in the case of the Deeper Pro) out to where you want it to go.

You then wait for the transducer to sync with your phone via WiFi, and begin reeling it in while keeping an eye on the display. Continue reeling in the floating transducer, while it records sonar data from the area underneath it as it moves along, which will be displayed on your smartphone or tablet.

When you have finished reeling in the transducer, cast the transducer out again to a slightly different position, and repeat the process. That way you can build up an accurate picture of the underwater topography, and the best locations to target fish. Keep in mind that you won’t get reliable signals in water that’s less than 3 feet deep.

If all of this sounds very simple to you, it’s because it is. The process of learning to use a castable fish finder is much easier than the learning curve of a traditional sonar unit.

What is the best castable fish finder?

The Deeper Pro+ unit provides enough resolution and detail for both bank fishing and ice fishing, and it even works on boats, though it will not outperform the more expensive units that are specifically designed to be used on boats. A transducer from a castable model just isn’t strong enough to achieve the same detail and resolution as a transducer from a regular sonar model.

But on the other hand, castable fish finders are more versatile than traditional sonar units. The ice flasher mode on the Deeper Pro+ allows you to use it for ice fishing as well as bank fishing, and it can be used in kayaks and small boats, and even from docks.

Also, when you travel by plane or by car, you can easily pack a castable fish finder in your luggage. Finally, you can easily include it in your backpack or on your camping trip, which opens up a whole new dimension of fishing applications you can use it for.

Another great castable fish finder model is the Fishhunter Pro, which works similar to the Deeper Pro, but has a greater WiFi range.

How far can you cast a castable fishfinder?

Despite being small enough to be cast from shore, castable transducers are still fairly big and heavy. As you prepare yourself for the cast, the transducer will feel very bulky to you, dangling at the end of your rod. Because of its size, the biggest problem you need to avoid is the transducer breaking off during the cast, so you don’t end up losing it.

When I’m making a cast with my castable transducer, I usually get worried I’ll break the line and will end up with more than a hundred dollars worth of transducer floating out somewhere in the lake. Because of this, I tend to be a little too careful when using a castable fish finder, and so rarely achieve distances over 70 feet.

However, if you use an extra-strong braided line (70 lb test or even more), you can definitely cast it out over 100 feet. For me, casting the transducer out 60 or 70 feet is plenty far enough, as that’s the distance I normally cover with my bass lures.

Using Shirts with UV Protection – Keep You Safe Outside

Summer comes with a tone of excitement and lots of trips to the beach. While the sun brings …

Last updated on January 13th, 2021 Who doesn’t love spending a few hours out on the water? It’s …