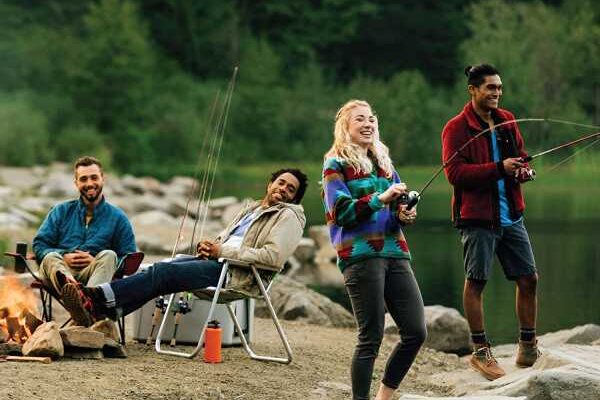 Being a skilled angler requires that you possess the right gear, learn what each does, and understand the inner workings of every piece of equipment that you use to fish. What is the gear ratio on a fishing reel?

With the rising number of new cutting-edge high gear ratio fishing reels and the subsequent growth in technology that is gradually leading to better inventions and growth, every fishing enthusiast needs to understand more about gear ratio and its importance to fishing.

You need to know how to choose the right gear ratio for every fishing need and the best you for every fishing style. There are newly fine-tuned options out there designed for serious angling. Some options can help you present and retrieve baits with optimal efficiency.

Whether it is a spinning reel or a bait caster, the gear ratio is important. Gear ratios are among the most important mechanisms in fishing reels, and they express how many times a fishing reel spool turns for a single turn of the fishing reel handle.

Whether you are looking for power to go deep or the perfect speed in a fishing reel, the right gear ratio can be the perfect quality to give the greatest consideration to help you in achieving your fishing goal. In simpler terms, the gear ratio determines the speed at which the fishing reel picks up line.

Technology has a revolutionized this gear ratio concept and made the system better. For instance, technology has allowed for lower-profile fishing reels to perform faster. Many of them have been made extremely fast without making the spool bigger or the reel larger.

Today, you will find low-profile reels that are more ergonomic. In the right application, they can reduce fatigue and improve fishing efficiency to a greater extent.

The difference in baitcast reels and spinning reels gear ratios

Baitcast reels typically offer wider ranges of gear ratios than their spinning counterparts for spinning rods. Gear ratios for most spinning reels usually range from 5.2:1 to 6.2:1. However, some manufacturers now offer models that have gear ratios as high as 7.0:1. Such models are specially meant for bass anglers who would like to retrieve drop shots rigs while fishing in deep waters swiftly.

On the other hand, gear ratios on most baitcast reel brands range from 5.0:1 to 9.1:1. Such models are preferred by the pros who prefer nothing but high-speed reels for most applications for the obvious reason that it is easier to slow down retrieves with faster reels than it can be to crank faster with low-speed models.

Bass anglers have one of the greatest demands for wider ranges of gear ratio for baitcast reels. Some crankbait specialists love the power of low-speed reels, such as those with gear ratios of 5.0:1 for winching the deep diving crankbaits to the maximum depths.

On the other hand, fishing enthusiasts who like to rip lipless crankbaits through vegetation often prefer fishing reels with gear ratios of 7.1:1 or higher.

Not every fishing enthusiast will prefer a higher gear ratio. But even if an angler preferred higher gear ratios, some types of fishing can only be tackled with reels with slow gear ratios. Go for a gear ratio of 5:1 to 5.4:1 if you need a relatively lower gear ratio that can prove beneficial to your fishing activity.

Remember, the quicker you reel in, the more tension is put on the spool. This can be the worst idea, especially since it can tear down the line. A slower gear ratio will help you by slowing down the speed at which to retrieve the spool’s line. Also, a lower gear ratio is the best when searching for fish that move slowly.

Sometimes, higher gear ratios can be helpful, especially for their high power and fast speed. A higher gear ratio is recommended if you need to catch fish moving fast, rapidly, or with jerky actions. In that case, such reels will give you accurate control of how much pressure there is on the spool’s line. Also, it would be a lot easier to catch fish with a high gear ratio reel. It helps you insert the hook into the mouth of the fish and perform line motions quicker and more accurately.

Now that you know what the gear ratio on a fishing reel means, you should be able to choose the right one for the type of fishing you want to do. For example, if you are a beginner angler, you should go for a lower gear ratio for slow-rolling spinnerbaits and such. If you can choose your gear ratios accurately, your fishing success will be enhanced by the accuracy of your choice.

How Does a Tip-Up Work?

How Does a Vexilar Flasher Work?