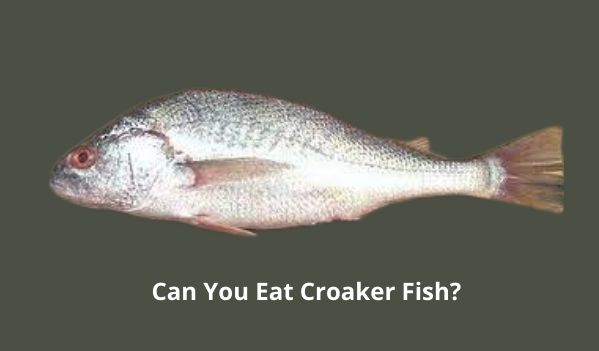 If you are a fish lover, you must have come across the croaker fish and wondered whether they are safe for consumption. The fish that croaks when it gets hooked, hence the name, has been a favorite for many sport fishermen, and yes, it is safe and tasty for human consumption.

Where is it Croaker Fish?

The croaker fish is mainly located in the Atlantic waters near north and south America. If you are nautically mindful, that is along the East Coast. Native Americans have fished and eaten croaker fish for centuries, and it remains a meal favorite for many in these countries. You can find these fish from Massachusetts down to the Gulf of Mexico.

Croaker fish live in estuaries and bays during the warm months. When it becomes cold, and it is breeding time, they get into the deep waters. Croaker fish are also known to swim to the east of the South American waters.

Read: Can you eat Croaker fish?

What is the Appearance of the Croaker Fish?

The young fish have an iridescent and silvery color. For the adult croaker fish, the color becomes almost pinkish. Older croaker fish have a brassy appearance, while vertical brown streaks on their bodies are a result of individual spots on the scales.

For the croaker fish that is caught to be eaten, they have five pairs of whiskers or barbels for the fish enthusiasts. The barbels are important because they help the fish to gather food on the seafloor. Adult croaker fish are usually 12 inches in length, and they can weigh from 0.5 pounds to 2 pounds. The average age of a croaker fish is eight years.

How Does It Taste?

Croaker fish is one of the tastiest fish you can find around. The croaker fish is flaky and firm, and some natives say it has a mild taste. Others also say that the fish is flavorsome and lean, with several people even claiming it to have a sweet taste.

This is all too subjective, with much depending on your cooking prowess and your taste buds. However, be careful when eating croaker fish as it comes with many bones.

How to Prepare Croaker Fish?

One thing that you should not do is eat the fish raw. Many health experts advise against eating raw fish since it may have come from polluted and contaminated water.

The croaker fish is just like ordinary fish, and you can even put it on ice after getting it out of the water to keep it fresh before the cooking starts. You will love the taste of the fish, but if it is your first date, the bones can come as a hindrance.

How to Weigh a Fish with a Hook Scale

Last updated on January 13th, 2021 Who would not want to know how much his/her hunt weighs? I …

Last updated on March 19th, 2021 Many electric fillet knives could be used in daily life. All these …