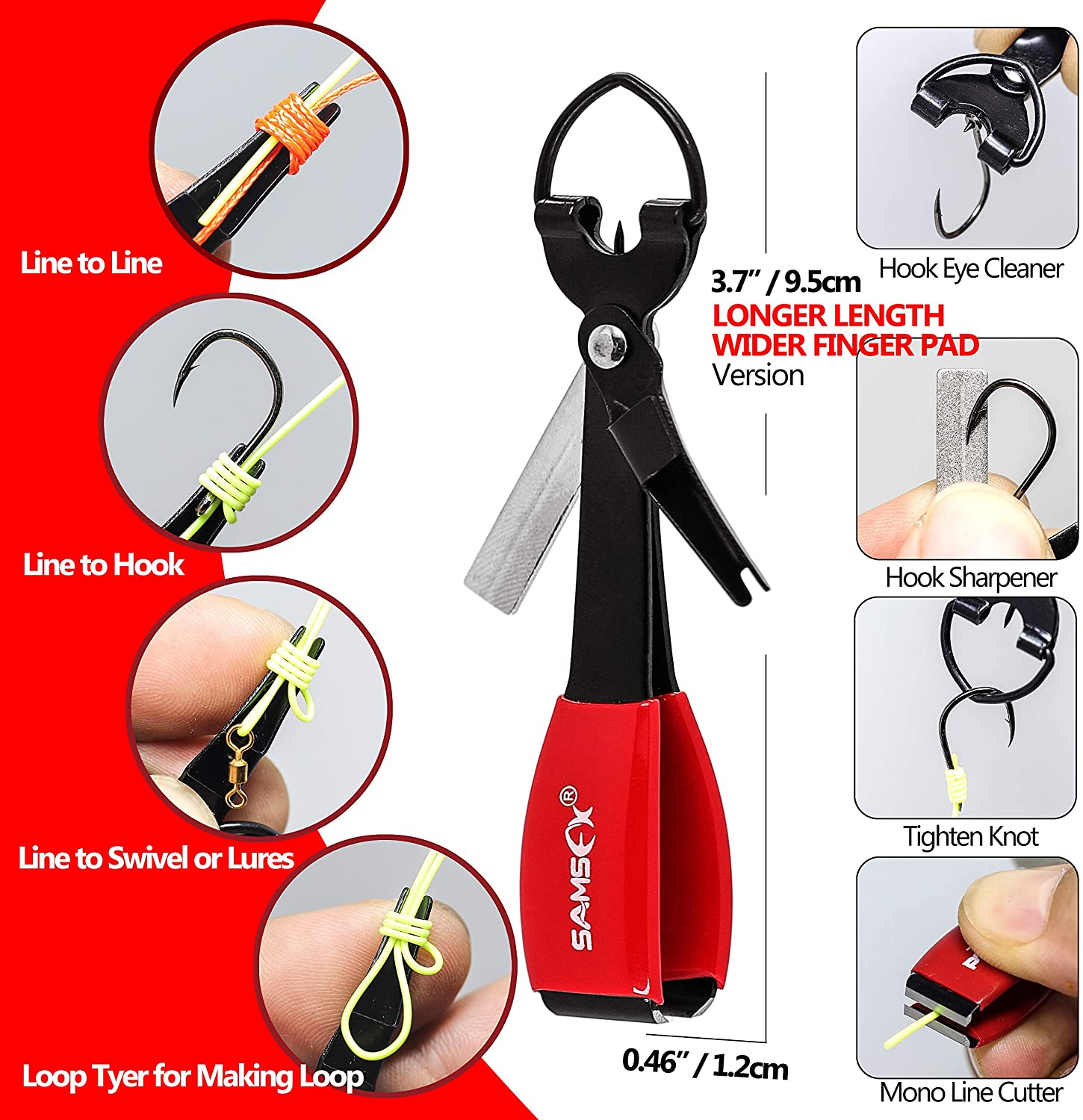 Since fly fishers depend on knots, they should need to know how to tie them. As a fisherman, you should be able to several different knots properly. It would be best if you considered the fact that an improperly tied knot is highly likely to result in lost fish. You do not have to experience such frustrations as an angler.

Even if you have an idea on how to do it or have done it before, you should take some time to practice the knots illustrated in this guide before you put your line on the reel. You can use a rope, a leader, or an old fly line to practice tying the knots that you will need to securely connect the components of your system. The knots featured here are among the easiest and most favored by experienced fly anglers. Every angler should focus on making the right knots to increase their success in catching fish.

This is the knot that connects the reel to the fly line backing. On the backing end of the line, tie an overhand knot, and tighten it. Take the knotted end and insert it between the foot of the reel and its arbor. Next, cycle the arbor then pull the end that has been fastened of the line out in such a way that puts it next to the backing’s standing section.

Use your left hand to hold the reel correctly in place, then your right hand to pull the backing’s standing section to snug the tied up parts against your arbor. At this point, trip the end of the tag and follow it up with winding the backing over the reel.

You know you are winding in the right direction if the fly line feeds to the reel’s bottom. Anything different would only mean that you are winding towards the wrong side. Also, make tight but smooth layers all along the arbor while turning on the right backing amount. When this step is done, you need to attach a fly line to the backing before you wind it over the spool.

You use this knot for connecting the backing with the fly-line. You need about two to three feet of the fly-line. To unravel it, use the part that goes to the reel, as indicated by the manufacturer. First, double back a few inches of the line before holding the loop tightly using the left forefinger and thumb. Then, insert about ten inches of backing from the right into the circle.

While you hold the loop, use the left finger and thumb to pinch the backing and cover the end of the backing tag over the two strands of both backing and fly line using your right hand. Begin close to the fingers, working towards the loop’s end, make ten to twelve relatively steadfast wraps.

At this point, you need to insert the backing’s tag end back inside the loop. Insert it through the side directly across to where it had entered. Both strands should come out of one side of that loop. Proceed to pull the backing section where it uses to stand, with the main intention of removing the loop in your hand then pull from the opposite side of the backing. With your left hand, keep pulling on the two of the fly line loop’s ends as you squeeze the tied section with your right hand’s fingers, working it towards the end of the loop.

Follow this up by moistening the knot, holding the standing part, and tagging the strands in one hand while the standing backing strand in another, usually left and right, respectively. After that, pull hard as you clip-off the tag part of the line together with the backing.

You can now wind the fly line on top of the backing to its spool. With the help of a friend, let them insert a pencil, or something similar, into the opening in the fly line spool. Let them hold it there as you proceed with winding the remaining line on top of the reel with just a little tension. After you have fully transferred the line to the real spool, make sure you have about 0.1875 inches between the spool’s exterior rim and the line.

This knot is used to tie the tippet to the fly. It will help you put together the tackle in a more steadfast style. Insert five inches to six inches of tippet into the eye of the hook. Make about five turns with the end of your tag around the part where it stands at the tippet.

This will cause it to wind towards the side opposite to the hook. Insert the end of the tag into the opening left between the first wrap and the hook’s eye to create a tippet loop that is open on top of the covers. Then push the tag’s end into the opened part of the loop before pulling it mildly to close the knot slightly.

After moistening the knot and the surrounding regions, pull the element with which the tippet stands and the hook alternatively until your knot begins to snug against the hooks eye. Please ensure the loops are arranged before you pull until it is tight and trim the tag end.

Since every angler desire to maximize their chances of success at fishing, this guide should come as a source of help for you. With this guide, you should be able to make the most out of every fishing. There is so much that you can gain from this critical skill, and you should take your time to learn how to tie fly fishing knots appropriately. We have tried to simplify the instructions to help you understand them better.

How Did Fishermen Find Fish Before Fish Finders?

Fishing practice is an old hobby that started way before the invention of fish finders. However, even without …

Last updated on May 31st, 2021 If you love fishing overnight or spending more hours in the darkness, …